Getting ready for a new season of barbecue bliss sharpens the senses of every fun-loving Australian and that’s no truer than for family-owned business Christie. The manufacturer of the original, iconic outdoor barbecue made it a season to remember going into the 2017 summer when it migrated from an ageing accounting package to SAP Business One. With the able assistance of Inecom Technology Partners, the business is sizzling.

Christie provides the best possible experience for its clients and public barbecue users. Founded in 1965 by David (Sandy) Christie, the company started providing fixed electrical public barbecues to Councils throughout Australia to address concerns over potential bush fires caused by open fires. In 1987, Christie introduced a gas burner park barbecue for use in National Parks and other remote locations where mains power is often not available.

Working closely with clients, which are predominantly town and city councils, and with continual investments in research and development, Christie has made multiple major innovations in the community barbecue industry. It has driven continuous improvements in the areas of cooking efficiency, safety, design, usability, wheelchair accessibility, and quality. 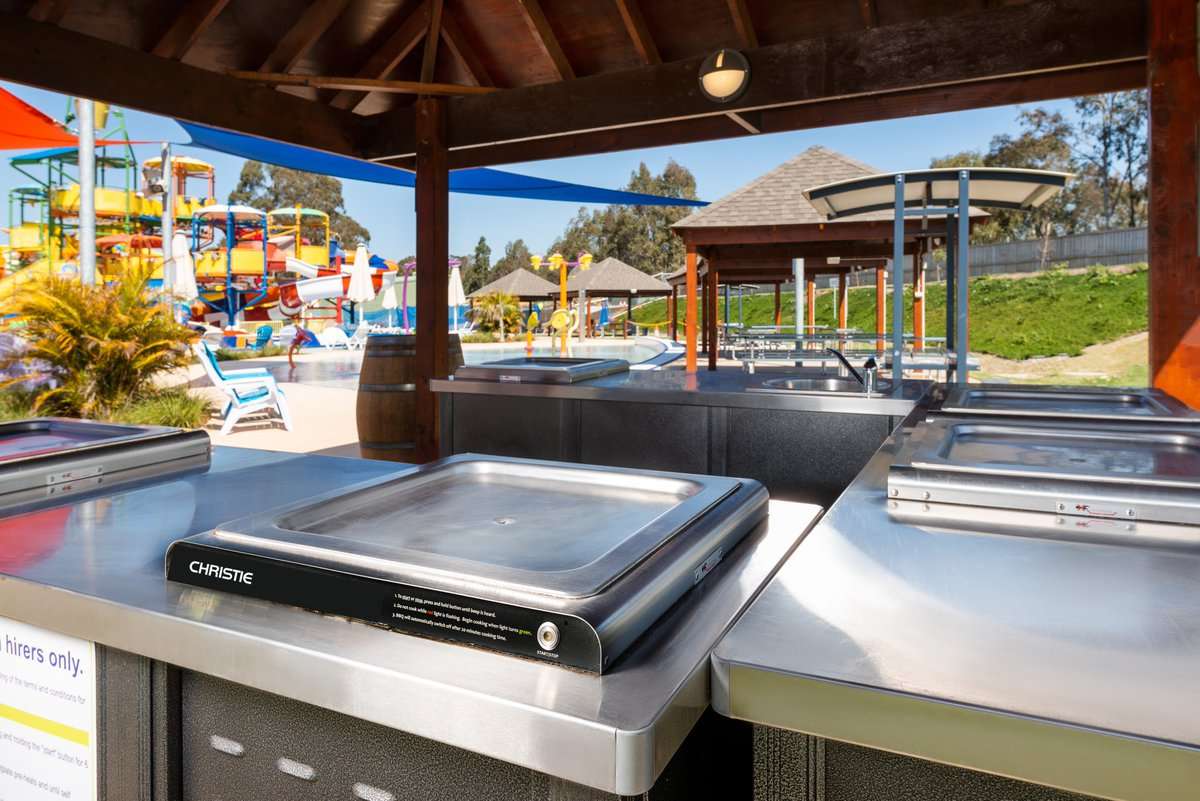 As a company which had its start in an era when computers were first being introduced to offices, Christie initially operated with little in the way of business systems. “The company had manual financial records, then started using PCs in the late 80s early 90s.” “So, we had some things on computers in those days, but not much,” said Brendan Eddy, general manager.

From manufacturing every component of its barbecues, Christie soon accepted that subcontracting to heavier manufacturers in the greater Melbourne area, and instead of assembling and marketing its products, was a more efficient (and ultimately) sustainable approach. This had the flow-on effect of making the operation more complex, with an extended supply chain.  “It was determined that we needed to move away from [Sage] owing to deficiencies in stock control, Material Resources Planning and general supply chain visibility.” To meet these changing requirements, an accounting package was introduced. In due course, so was Eddy himself as the third-generation owner, David Christie, looked to expand and grow in new directions. “That was about 8 years ago;
my job was to review everything, including the legacy financial system, Sage Pastel Evolution

In its pursuit for the greater efficiency and control of a modern ERP system, Christie evaluated some 8 potential providers, eventually narrowing it down to the two invited for presentations and demonstrations. Among them was Inecom, which recommended the SAP Business One solution. Had Christie decided on Business One prior to Inecom’s suggestion? “We hadn’t, but when it was demonstrated, we could see the suitability,” Eddy notes. He stresses that the decision was made based on suitability to meet current and future business needs.

From the selection date of around January 2017, Christie wanted the system up and running on a set date of 1 July 2017. Eddy says the company was instantly impressed with Inecom. “We asked for a project plan to achieve that, with some leeway built in as something always happens when you put in systems of this nature. They gave a timeline with which we were comfortable. We knew it was a lot of extra work, but it was achievable.” He notes the care taken by Inecom to understand existing business processes, to translate and define those in SAP Business One.

That meant we gained a clear notion of how Business One would do it and improve, with a view of how other solutions in SAP might assist across the various elements like stock control, general ledger, banking, accounts receivable and so on.

He says the implementation went according to plan, with the inevitable ‘minor wrinkles’. It is relatively early days for Christie on the SAP Business One solution, but the top line result for the company is that thanks to the rigour applied in the system rollout, it came in on time and under budget. For any enterprise software implementation, that is music to the ears, and Eddy enthusiastically agrees.

However, he points out that a ‘go live’ isn’t ever a case of switching on and walking away with everyone happy. “That’s not how it works; Inecom strongly supported us throughout July with the various issues which can and did arise. For example, training happened 8 or 10 weeks ago, so there’s a lot of ‘oh bugger, I can’t remember how to do it’. We anticipated that and received a lot of help; there is a lot of ‘unlearning’ which has to happen when you go from an old to a new system.”

And that’s why Eddy says the company doesn’t expect to be ‘fully operational’ on its new system until Christmas time.

“Every day, though, we get a bit more comfortable using the system – the processes are markedly different to what we’d been using for years, but we can see the advantages of doing it the SAP way.”

Those benefits come down to three main things, he explains.

Book a free initial assessment with us where we understand your business problem and suggest a solution which suits you best and ensures growth for your business.

Inecom is an ERP specialist, helping you implement ERP systems such as MYOB Advanced, SAP Business One, Microsoft Dynamics 365 Business Central, and HighJump.